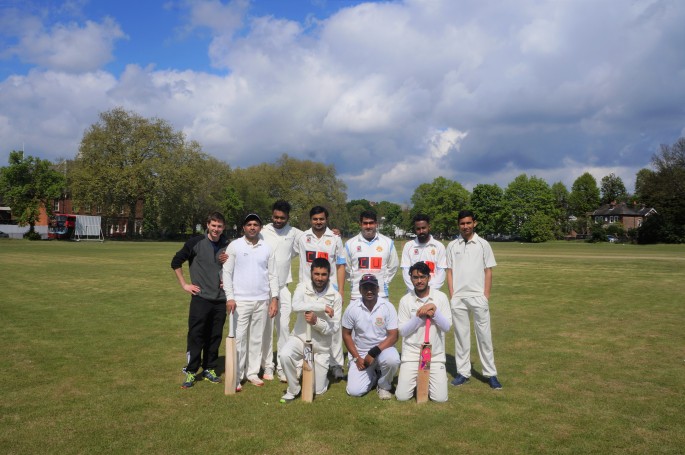 Nearly £700 was raised on Saturday 22 April in a charity fundraiser played on Mitcham Cricket Green, one of the oldest cricket squares in the world. Hosted by Mitcham Cricket Club, a Combined Charities XI invited Newham Cricket Club to Mitcham to help raise vital funds in memory of a local resident from South London who passed away following a fight with pancreatic cancer last year.

In the end the match was won comfortably by Newham Cricket Club who scored 169 runs from 30 overs, whilst the Combined Charities XI – a mixture of  friends and local players from a variety of local clubs (including Old Rutlishians Cricket Club and Old Emanuel Cricket Club) – responded with 77.

The fundraiser raised more than £700 for charity, which included player and spectator donations, catering and a raffle. The funds raised have been donated to Pancreatic Cancer UK and St John Ambulance.

Donations can still be made to support the fundraising efforts, which have also included running the London Marathon. Please visit uk.virginmoneygiving.com/JamesMcCollum for more information on how to donate.